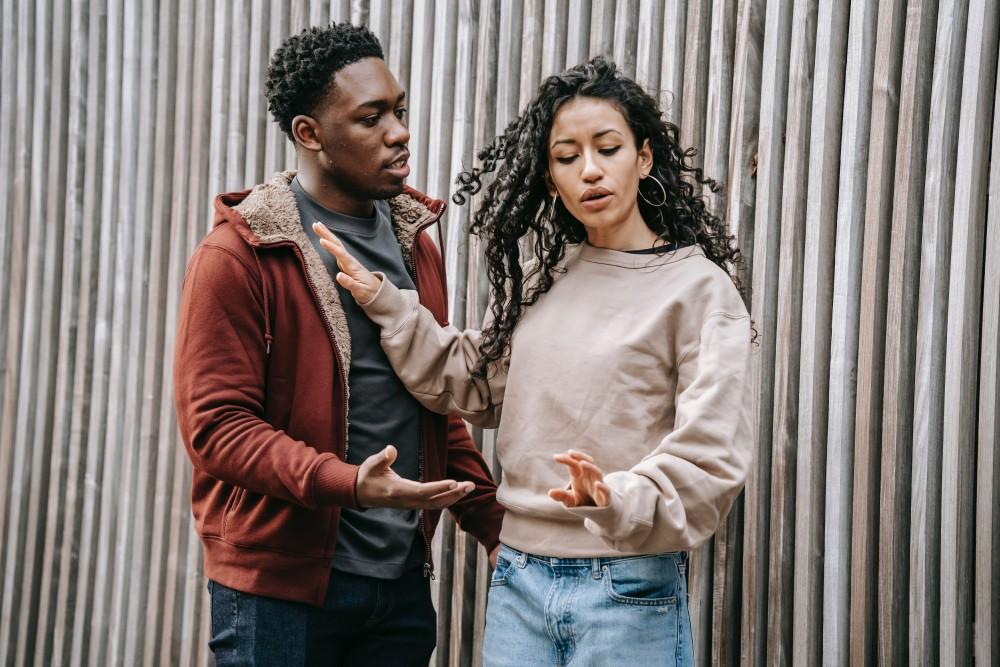 What’s the most troublesome conflict that most couples have? . . . No conflict at all. That’s what American psychologist Dr. John Gottman says, and he knows what he’s talking about. He and his colleagues can predict divorce with a 94% accuracy. But what does he mean by “no conflict”?  And is it really what partners disagree about? Or more how they do it?

It might seem intuitive to see conflict as a threat to your relationship. Sure, these conversations can be messy and uncomfortable. But it can also be healthy and even affirm your relationship if you handle it with consideration and empathy.

In their book Interpersonal Conflict, researchers Joyce Hocker, Keith Berry, and William Wilmot define conflict as “an expressed struggle between at least two interdependent parties who perceive incompatible goals, scarce resources, and interference from others in achieving their goals.”

A conflict can occur when two people want different things, or one of them isn’t getting what they need. They also might believe the other person interferes with meeting those needs.

The causes of relational conflict vary, and they’re not always about contentious topics like finances, sex, or raising children. Haley Selarnick, a licensed marriage and family therapist in New York City, cites the lack of emotional insecurity, which means “feeling emotionally safe with our partners. What harms emotional security can be different for every couple, but feeling misunderstood is very often at the root of that conflict.”

Dr. Tirrel DeGannes, a licensed clinical psychologist also in New York City, says that “couples more often have conflicts because they assume their partners would agree without discussion and end up making poor decisions as a result.” When people withhold their true feelings, they’ll eventually explode, especially if it’s about the couple having trouble living within their financial means. In these cases, unexpressed feelings can add undue stress.

Unfortunately, most relational problems never go away on their own. Couples who can face those problems and talk about them productively have a better chance of resolving their underlying issues. They usually can move forward without conflict escalation.

What If We Never Have Conflict?

According to Dr. Alexander Alvarado, a licensed clinical psychologist in New York City, couples who don’t experience conflict probably don’t communicate enough. “Conflict allows couples to learn about what they like and dislike, and not being able to properly communicate this may lead to deep-rooted resentment.” Selarnick observes, “When I see couples who don’t argue, it’s usually not because they don’t have things to argue about, but because they fear bringing it up.”

Frequent conflict avoidance can harm a relationship. Gottman calls this stonewalling or withdrawing from talking about a problem. If one partner wants to talk, the stonewalling partner may disengage from, tune out, or completely ignore the other person. Repetitive stonewalling can eventually fuel resentment and relationship dissatisfaction.

Why Conflict Can Be a Good Thing

According to Dr. Alvarado, “Much of the success of a relationship is not reliant on whether or not the couple has conflict, but rather how they approach it.” When a conflict keeps coming up, partners need to address it because the underlying problem—even a minor one—won’t disappear on its own.

The best way to approach conflict is to view it as an opportunity to grow the relationship. In most cases, a dispute can present an issue that needs your attention. Conflict can provide a chance for you and your partner to address it and, as a result, grow closer.

Tips for Managing and Resolving Conflict

Deal with it as soon as possible. An unresolved matter will keep resurfacing if you don’t take care of it right away. The more times it comes up, the less manageable it’ll become.

Be a better listener. The key is to listen to understand, not generate a rebuttal. When both partners genuinely listen to each other, they show they’re paying attention with eye contact, nodding, and affirmative statements, all without interrupting. When you engage in empathic, active listening, you start to see the conflict from your partner’s perspective.

Don’t make it personal. Keep the conversation focused on specific behaviors, not character flaws. A statement like, “I don’t like the way you spent that money without consulting me,” is much more constructive than, “You are so careless with money!” Remember to keep the talk on yourself. Use “I” phrases like, “I felt angry when . . .” or “I hope . . .” to get your point across.

Use the gentle startup. This approach, from Dr. Gottman, involves complaining or giving feedback without blaming. Selarnick explains, “When we desire something different from our partners, we need to convey that to them in words that they can hear and receive.” In contrast, the more we blame the other, the less they’ll hear and understand us.

Make it about interests, not positions. It’s often the case that when partners butt heads, they argue their position instead of their interests. When you take a position, it becomes something you have to defend no matter what. On the other hand, you can alter your interest because you’re not attached to it. Focusing on interests means acknowledging that you both want the same thing, even if you disagree on how to get it.

Set terms for engagement. It’s okay to say that specific actions are off-limits during the conflict; doing so allows you to set boundaries for acceptable behavior. For example, rules like “No screaming” or “No vulgar language” enable partners to fight fairly.

Wait until you’re composed to talk it out. Starting a conversation with intense feelings will often cloud your judgment and distort your perceptions. Both parties deserve an emotionally safe atmosphere for expressing their feelings and needs. This isn’t to say that you should deny your feelings. Instead, emotions should serve to preserve, not undermine, mutual respect, even when one or both of you feel angry.

How Thriving Center of Psychology Can Help

Remember that everyone can benefit from counseling. Dr. DeGannes, says, “Having an impartial third party for conflict resolution allows for a sense of security that isn't always present in relationships.” Couples can get stuck on a complicated issue, which increasingly drives isolation and resentment. He adds, “This can happen when partners don’t address core concerns, argue without resolution, or use avoidance to manage stressors.”

With individual or couples therapy, Thriving Center of Psychology helps couples manage conflict while improving their emotional connection. Contact one of the offices in New York, Florida, California, Oregon, Minnesota, or New Jersey, or go online to schedule an appointment. You can also book a remote teletherapy session. How Can Solitude and Isolation Affect Your Social Skills

Following the pandemic, people are spending more time at home. Despite the world opening its doors, the COVID-19 crisis has left its mark. With remote working on the rise and a decrease in face-to-face social interactions, how can solitude and isolation af 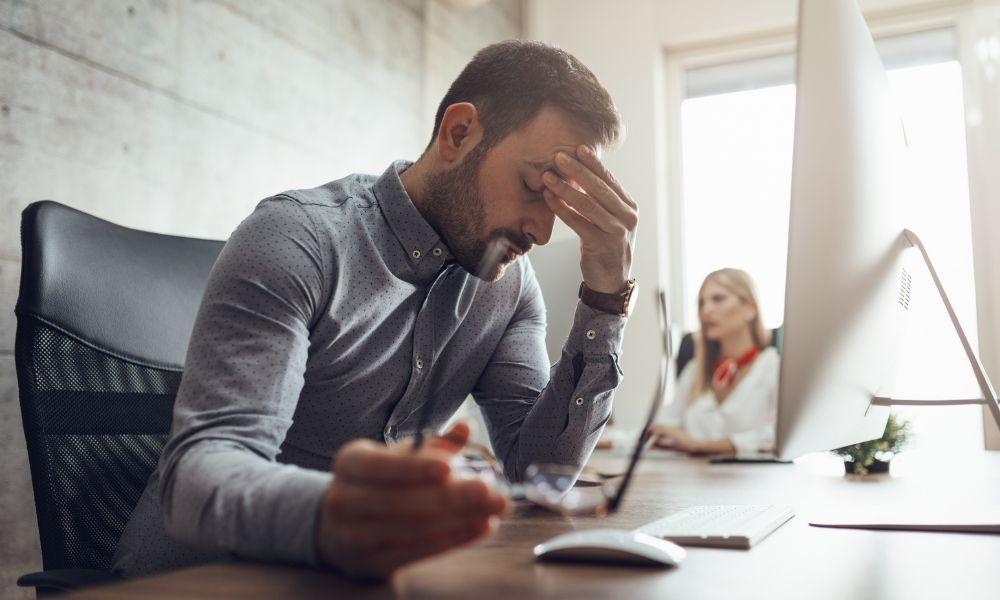 ‘Follow your passion’ sounds great in principle, but there’s so much more to a fulfilling life with a great career. It’s time to retire the phrase and focus on the advice that can help you in today’s world. The Benefits of Doing Things by Yourself

Have you ever gone to the movies by yourself? Or out for dinner at your favorite restaurant? Despite having people around you who you enjoy spending time with, it’s good to get out there by yourself every once in a while. 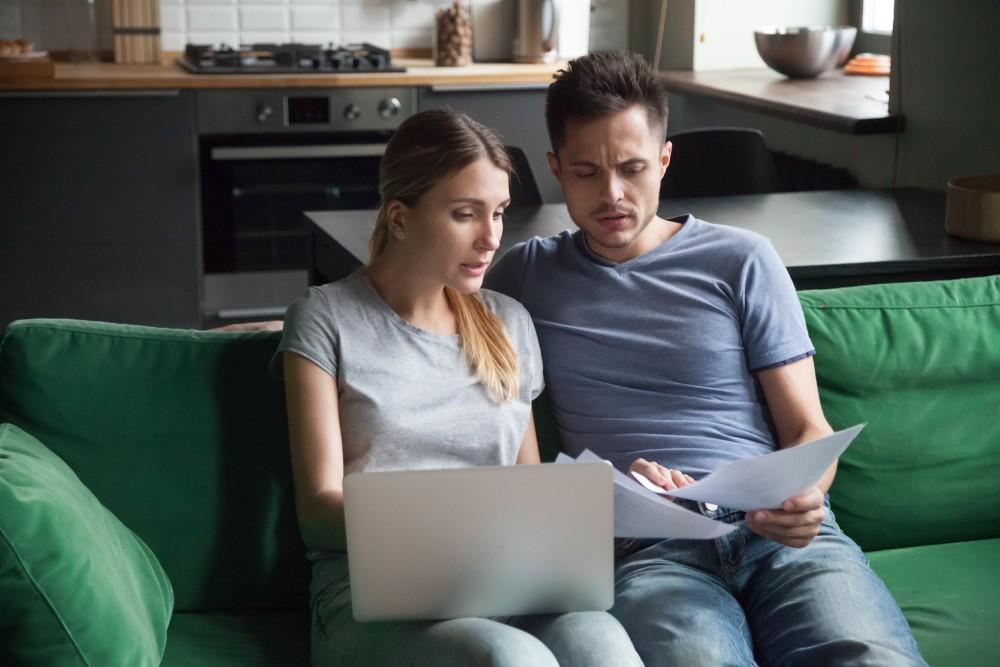 Money Conversations: How to Talk About Finances with Your Partner

Do you have any debt? Do you contribute to your 401(k)? These are not common first date questions. For most, it doesn’t feel natural to talk about your finances. From a young age, you hear that exercise is good for you. It’s not a secret. But as you get older, work, family, and life get in the way, and you have less time. There is a common communication behavior among married couples that predicts divorce with at least 90% accuracy. This behavior is stonewalling, when a person shuts down and stops responding to their partner, especially during a heated argument.